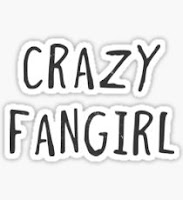 #Sybelle Foxcroft, #Celia Athumani and #Briony Wolf (Luttig) of #CEE4Life, have been driving a targeted and cyber-bullying campaign against me and my associates for the past thirteen months. Yes, 13 MONTHS. Hundreds of posts on dozens of social media pages – calling me a liar, a con, a fraud, a thief, a p*ssy licker, a drunk, a coke-addict, etc… And then they have the audacity to whine about their sad state - blaming me for their lack of donations, their dwindling support, their failing organization, while they change and twist every fact to match their delusional narrative.

If their meddling hadn’t led to unnecessary and prolonged suffering of animals, even the death of a dog who had lived at a shelter for twelve years, that I was desperately trying to free, I might be able to conjure up some sympathy. But alas, after THIRTEEN MONTHS of constant harassment, watching them tear apart other legitimate rescuers, watching them hide behind fake profiles while spewing lies, hate and delusion, watching them lie about the work they are doing for animals and dealing with their interference into my rescue work around the world, I have nothing but complete disdain for them.

In my opinion, CEE4Life is not a conservation group – it is a zoo / animal exploitation, protectionist group and Sybelle Foxcroft, Celia Athumani and Briony Wolf are not animal rescuers, advocates or conservationist, they are ruiners who devote their time to weaving ignorant, hypocritical, contradictory, mean-girl posts or injecting themselves into the rescue work of others, trying to appear relevant.

They tag every news outlet and organization under the sun, begging for attention and validation.

They threaten lawsuits and promise new explosive information and then regurgitate the same tired, false accusations based on their misinformed opinions and delusions.

They post sexually graphic animal pictures and make lewd and racists comments meant to disparage and insult others.

They post on social media using one name and then comment on their own posts, using another name. And then, like a naïve child, they think that the no one can see them.

#SybelleFoxcroft, #CeliaAthumani and #BrionyWolf of #CEE4Life, behave as if people can't see that they are spending all their time cyber-stalking and harassing me and obsessing over my every move, instead of helping animals.

I am a firm believer that this community cannot afford to lose even one person who is willing to fight for animals but considering that #SybelleFoxcroft, #CeliaAthumani and #BrionyWolf of #CEE4Life, have made it their life’s “mission” to BE MY CRAZY FAN-GIRLS, the animal rescue community can do without them.

Feel free to review the other posts at www.animalrescuedeceivers.com