Showing posts from March, 2020
Show all

Now You're Just Embarrassing Yourself

And now Briony Wolf  is an INVESTIGATOR? Briony Wolf is one of Sybelle Foxcroft's friends. She is a regular commenter on all of Sybelle's posts and she is the owner of the blog that Sybelle, Celia and Briony have been using to libel me for over three years. You can learn all about Briony here .  What a bunch of clowns. Thanks for the laugh!
Read more

A Timeline of Harassment 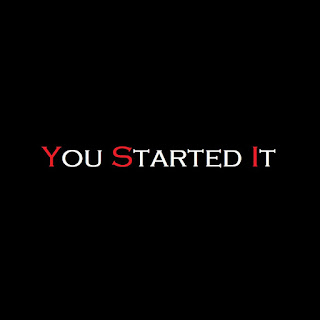 Who Harassed Who? #SybelleFoxcroft, # BrionyWolf  and #CeliaAthumani work very hard to convince people that they are being stalked and harassed. In reality - Sybelle, Briony and Celia are the stalkers. Sybelle, Briony and Celiar are the harassers. Sybelle started begging for money and harassing me and my associates in April 2017. Sybelle and her friends Celia Athumani and Briony Wolf started building and posting harassing, deceitful blogs and social media pages in July 2017.   Sybelle, Celia and Briony launched an  insane blog aimed at harassing me and my associates in November 2017. This was right after our video investigation showed that Sybelle lied about unchaining the elephants at Bandung Zoo.  Their blog has been going for over two years. It was only AFTER  months of harassment and lies that I decided to fight back with this blog which I launched in November of 2017 . Sybelle and Briony want people to think they are innocent victims. They are not. They are the wo
Read more

FROM THE WEBSITE  https://sybelleunmasked.com/ A CLOSER LOOK AT #SYBELLEFOXCROFT OF #CEE4LIFE AND 86 DEAD TIGERS https://sybelleunmasked.com/ TIGER TEMPLE We have all been guilty of telling the occasional fib. Then there is the incessant lies that finally pushed volunteers who used to work with and for Foxcroft's organisation Cee4life over the edge to go public with explosive revelations. One of their revelations is, Sybelle Foxcroft who publicly preaches CITES and condemns trafficking of tiger parts, "trafficked" tiger's fur of Mek (also known as Harnfa) from the Tiger Temple! Her hypocrisy did not end there. A young Tiger Temple volunteer was spotted on social media wearing a tigers' claw necklace and was unaware that she had breached CITES. This did not matter to Foxcroft, she wanted the young volunteer arrested by the Indonesian Customs and thrown into Bali jail. At the same time, she was "writing to the girl and pretended that she
Read more
More posts