What will it take to get you to STOP? 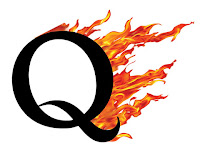 It has been close to one year since CEE4Life contacted me regarding my planned work in Indonesia and at Bandung Zoo. In that time the three of you have launched and maintained more than a dozen slag blogs, social media pages and a petition aimed at discrediting me and attacking me and my associates. All because I refused to support your organization.

You have stalked my work around the world and interfered at such a level that animals have died and continue to suffer. You are now vowing to go after my donors and sponsors, as I work to build a web series to highlight animal heroes around the world.

And at this point, I would like to know…

What is it going to take to get you to stop?