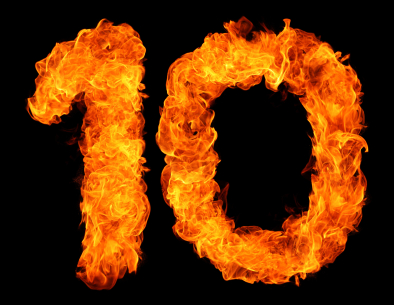 Q: How many anonymous smear blogs and Facebook pages does it take to attack me?

A: You be the judge.


1. Sybelle Foxcroft is the founder and "lead investigator" of CEE4Life. 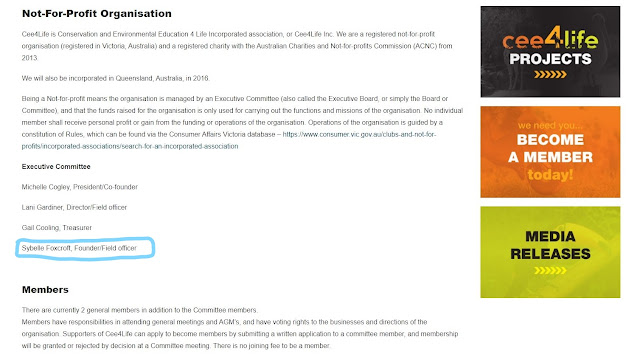 3. Per Sybelle Foxcroft, CEE4Life is the "ONLY" non-profit group working at Bandung Zoo. 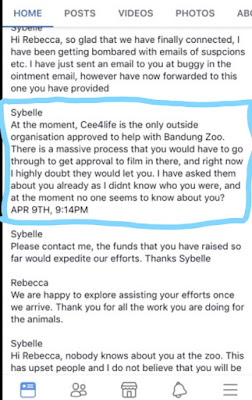 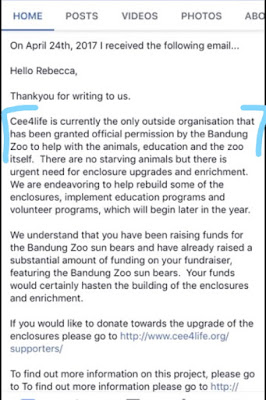 4. A social media page called "RebRodRobber" is launched and for weeks, the authors post and distribute gross insults, comments and blatant lies about myself and my team members. 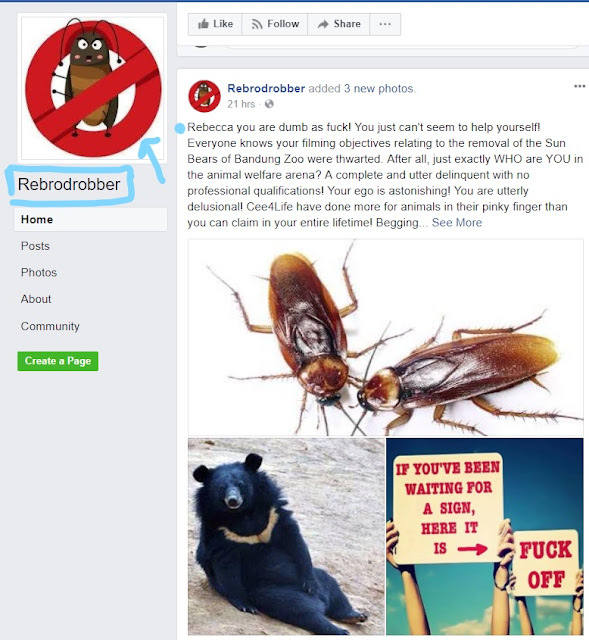 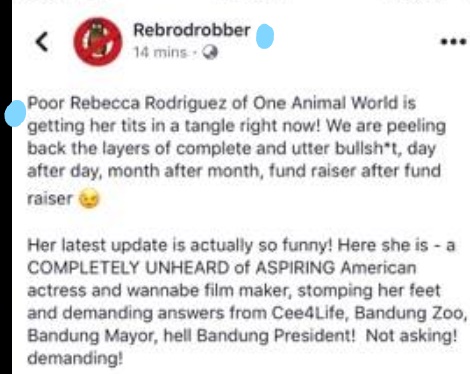 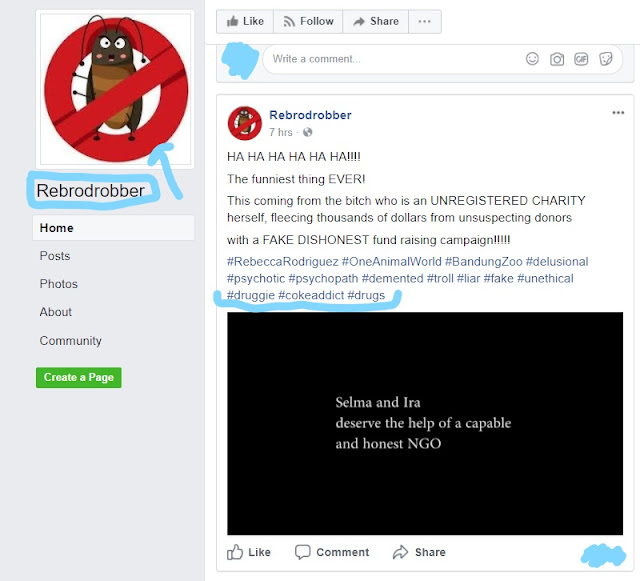 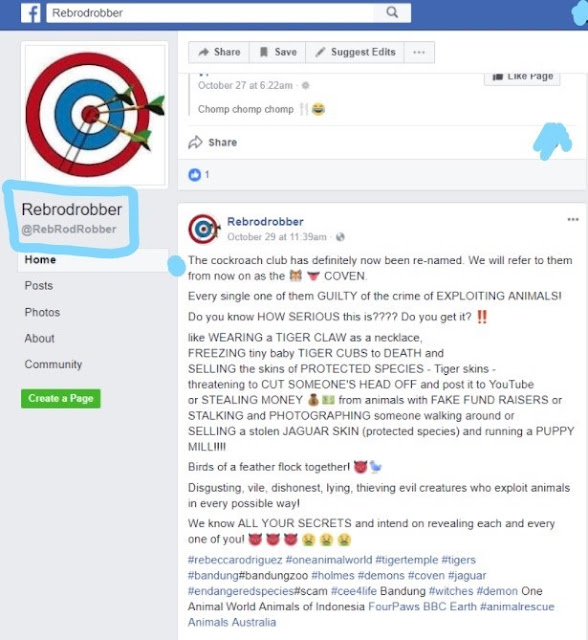 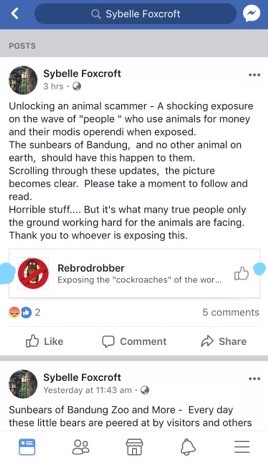 6. In a break from their anonymity, RebRodRobber claims to be the group working at Bandung Zoo - which according to Sybelle Foxcroft, is CEE4Life. 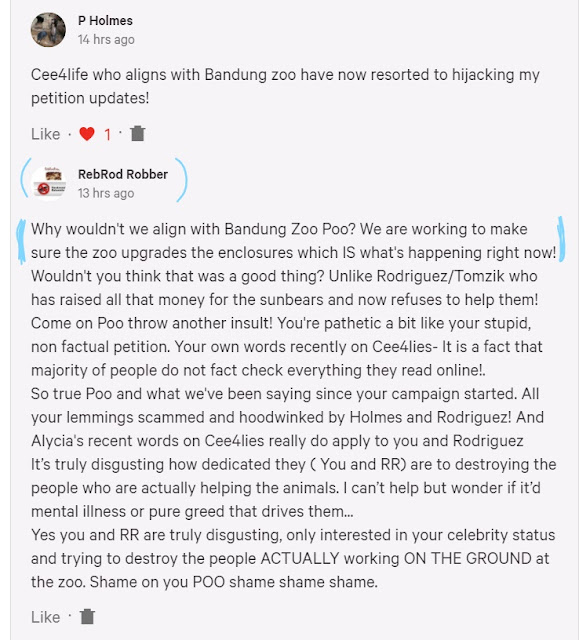 7. RebRodRobber / CEE4Life comments about my work in Italy to save 150 dogs. 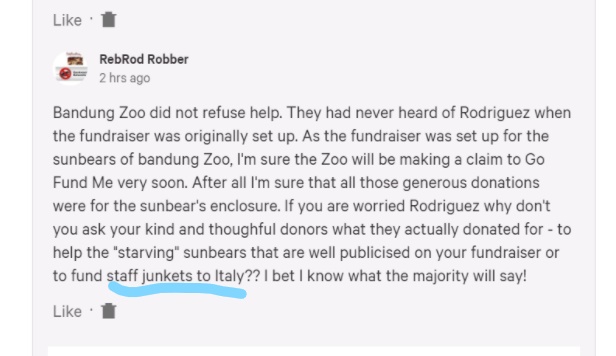 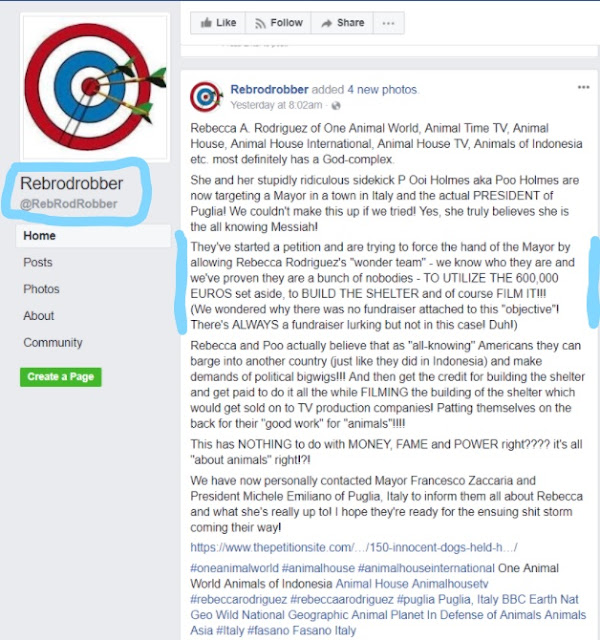 8. RebRodRobber is shut down due to violating Facebook policies.

9. The next day, RebRodRevealed is launched. 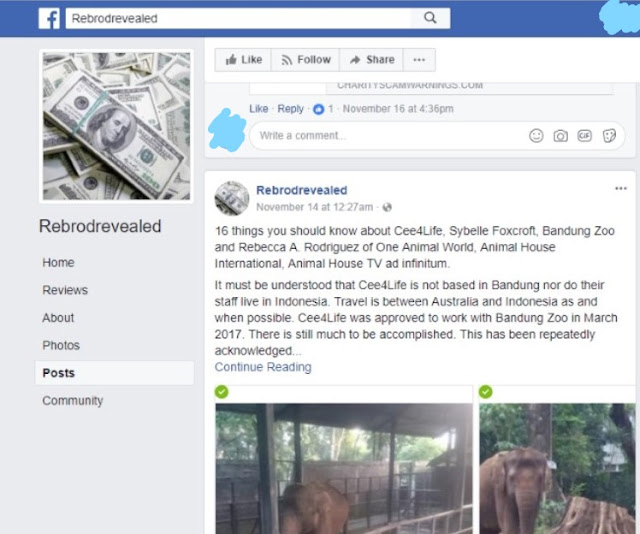 10. RebRodRevealed posts a comment about the Italy dogs and jeopardizes the lives of 150 homeless dogs. 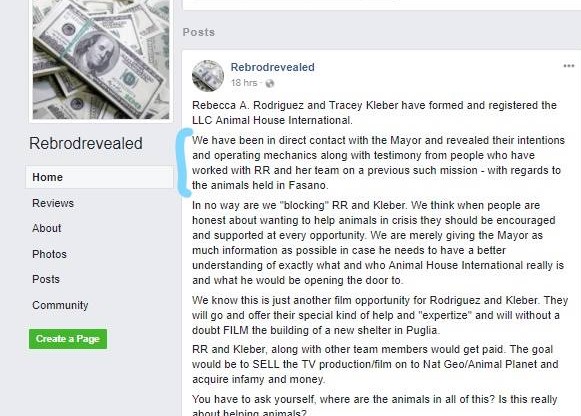 12. Celia asks for proof of the insults made against us. 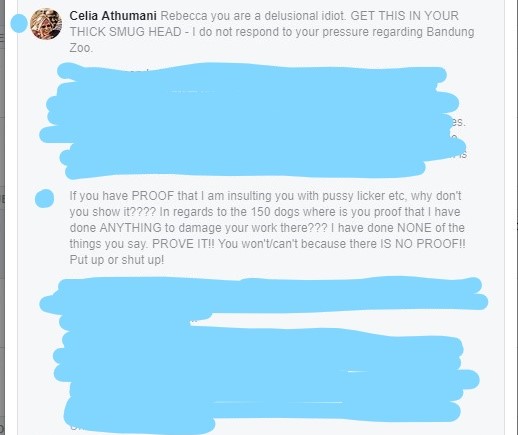 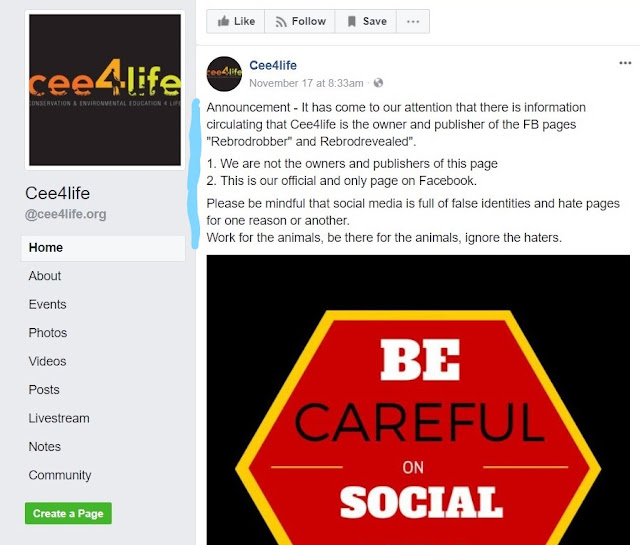 14. RebRodRevealed is shut down due to violating Facebook policies. 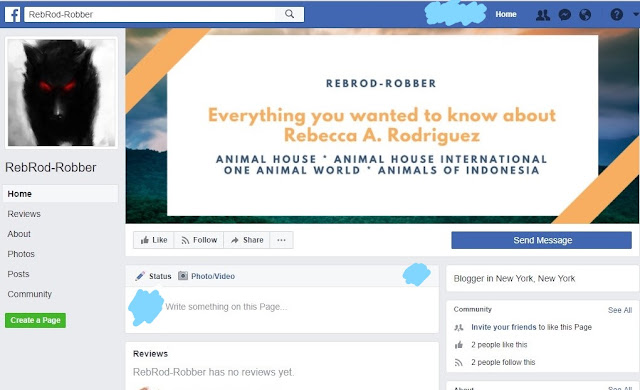 The content on all the pages centers around my work in Indonesia and the Bandung Zoo, where CEE4Life is the exclusive NGO.